The Newspaper of the Diocese of Harrisburg
CommentaryGuest Commentary 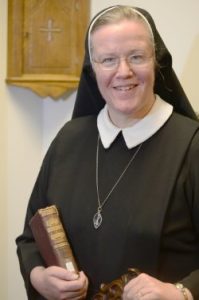 The following story first appeared in the Catholic Witness in 2013, but it bears repeating.

Some time ago, my aunt folded a wad of money in my hand and told me to spend it on my catechetical class for a Christmas party. At the time, I was teaching in an elementary school in the Bronx and was a catechist for a third-grade First Holy Communion preparation class. I excitedly went to the store to buy cookies and soda as well as small trinkets and pieces of hard candy. I made paper stockings and proudly put the hard candy and inexpensive toys in them. Having a few extra dollars left over, I folded a dollar bill into each of the paper stockings. On the last day of our class before Christmas break, after a prayer service which focused on the gift of the birth of the Christ Child, the soda and the cookies were quickly consumed and the paper stockings ripped open. The students all gasped over the fact that they had an entire dollar to spend on anything they wanted! I gave them instructions to tell their parents or grandparents that the dollar was a Christmas present from my aunt and that I had given it to them. If they doubted the story, they were to call the convent.

Several of my students, upon dismissal, gave me a hug as they ran out of the building and down the street. I turned around to walk down the hallway to lockup the classroom when I met Andre, who was standing by the door. He began: “Sister, I just wanna tell ya that my family don’t celebrate Christmas because we are poor. The present you gave us is the only Christmas present I EVER received! Can’t wait to spend the dollar on my mom!” I stifled a gasp and tears welled up in my eyes.

He continued, “But part of Christmas is about giving, right?” I nodded in affirmation and said that God gave us Jesus as the first Christmas present. He looked at me and then at his feet. He stammered, “Well, I don’t have anything new to give you. But, I DO want to wish you a Merry Christmas.” He reached down into his pocket and handed me a “well played with” Cabbage Patch Pal. He continued, “Merry Christmas, Sister! Enjoy playing with the action figure!” I knew that I had to accept his present because it would have been insulting to him if I didn’t. With tears streaming down my face, taking his gift, I gave him a hug and said, “Andre, this is the BEST present I EVER received!”

Gifts. God has given us so many! As I continue my series on the gifts of the Holy Spirit, I came upon this gem of an idea that Archbishop Luis Martinez wrote in his book The Sanctifier: “The Holy Spirit is also the Gift, the highest Gift, of God. St. Thomas Aquinas tells us admirable things on this point. Before a gift is given, it belongs only to the giver; but when it is given, it is his to whom it is given. The Holy Spirit is from God, he is God; but when given to us, he is ours. He is ours, says the Holy Doctor (From the Summa Theologica, I. q. 38, a.2.), as much as anything we have the liberty to dispose of can be ours. Thus we are free to dispose of this Spirit who has come to us. We can enjoy him when we wish, because we possess him, because he belongs to us, because he is our disposal.”1

Honestly, when I read this paragraph, my breath was taken away. We often speak about Jesus being the gift to us from the Father. The action of the Incarnation drastically changes all of creation. God becoming flesh gives the human person a dignity beyond any other creature! God becoming man intrinsically changes us forever! But God still gives! Not only the amazing gift of redemption – that we actually become sons and daughters of God and that our sins are forgiven – but Jesus actually gave us a gift of His Body and Blood, Soul and Divinity in the Eucharist. People much smarter than I have written volumes about those two sentences! They are far beyond the scope of this article.

With that being said, when Jesus left the earth, he promised to send the Holy Spirit to us. To reiterate what Archbishop Martinez wrote, “HE IS THE HIGHEST GIFT!” that God has given to us. You see, through the power of the Holy Spirit, we can enter into the depth of Trinitarian love. We can be swept up into the self-gift of Father, Son and Spirit; self-pouring love!

By Sister Geralyn Schmidt, SCC, Special to The Witness