The Newspaper of the Diocese of Harrisburg
NewsPolitics 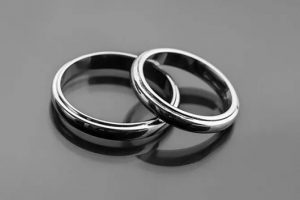 The U.S. Senate voted 62-37 on November 16 to pass a bill that would federally recognize same-sex marriage and provide legal protections for interracial marriages.

The Respect for Marriage Act (RFMA), if ultimately signed into law by President Joe Biden, would repeal the Defense of Marriage Act (DOMA), a 1996 law signed by President Bill Clinton that defined marriage federally as the union of a man and a woman, and permitted states not to recognize same-sex marriages contracted in other states. DOMA was already effectively nullified by the 2013 and 2015 Supreme Court decisions United States v. Windsor and Obergefell v. Hodges.

The present bill would not require any state to allow same-sex couples to marry but would require states to recognize any and all marriages — regardless of “sex, race, ethnicity, or national origin” — contracted in other states.

The bill now returns to the House, which must pass the revised version before clearing it for President Biden’s signature, The New York Times reported.

In the previous July 19 vote in the House, Democrats in favor of the bill were joined by 74 Republicans. The effort was led by Sens. Tammy Baldwin (D-Wisconsin) and Susan Collins (R-Maine), who sought to get 10 Republicans to cross the aisle and vote for the bill; 12 ultimately did.

A bipartisan amendment to the bill pertaining to religious freedom ensures that nonprofit religious organizations would not be required to provide services, facilities, or goods for the celebration of a same-sex marriage, and protects religious liberty and conscience protections available under the Constitution and federal law, including the Religious Freedom Restoration Act, CBS News reported. It also makes clear the bill does not authorize the federal government to recognize polygamous marriage.

Finally, the amendment adds language ensuring that churches, universities, and other nonprofit religious organizations would not lose tax-exempt status or other benefits for refusing to recognize same-sex marriages and would not be required to provide services for the celebration of any marriage, the New York Times reported.

The RFMA represents one of the first legislative responses to the U.S. Supreme Court’s overturning of Roe v. Wade in June. While the majority opinion in Dobbs said that “this decision concerns the constitutional right to abortion and no other right,” Democrats have pointed to Justice Clarence Thomas’ concurring opinion suggesting the court should reconsider all “substantive due process” cases, including the 2015 Obergefell decision on same-sex marriage.

The Catholic bishops of the United States urged Senators in July to oppose the RFMA, citing the importance of stable marriages for the well-being of children and society, and expressing concerns about the bill’s effect on the religious freedom of those who hold to a traditional definition of marriage.

“It is unfortunate that Congress has not responded with a meaningful effort to help women in need with unexpected or difficult pregnancies. Rather, it is advancing an unnecessary bill to create a statutory right to same-sex civil marriage, which some claim is threatened by Dobbs, even though the Supreme Court’s majority was explicit in its Dobbs holding that the decision had no bearing on the issue,” wrote Archbishop Salvatore Cordileone of San Francisco, chairman of the bishops’ committee on Laity, Marriage, Family Life, and Youth, in a letter to senators.

“People who experience same-sex attraction should be treated with the same respect and compassion as anyone, on account of their human dignity, and never be subject to unjust discrimination. It was never discrimination, however, to simply maintain that an inherent aspect of the definition of marriage itself is the complementarity between the two sexes. Marriage as a lifelong, exclusive union of one man and one woman, and open to new life, is not just a religious ideal — it is, on the whole, what is best for society in a concrete sense, especially for children.”

Archbishop Cordileone also noted that states have used laws that redefine marriage “to threaten the conscience and religious freedom of individuals such as wedding vendors, and entities such as foster care and other social service providers, who seek to serve their communities without being punished for their longstanding and well-founded beliefs.”

Sen. Pat Toomey of Pennsylvania, a Catholic who voted against the measure, said in a statement following the vote that the bill as passed puts religious freedom in jeopardy.

“While the Respect for Marriage Act purports to simply codify the existing right to same-sex marriage, which is not in jeopardy, it goes far beyond that in ways that threaten religious liberty. This legislation would enable activists to sue faith-based groups that provide vital services for our communities in an attempt to force them to abandon their deeply held beliefs about marriage, or close their doors,” Toomey’s statement says.

“Faith-based adoption agencies, such as Philadelphia’s Catholic adoption agency, have already come under attack for adhering to their faith, even though there are other local adoption agencies that will place children with same-sex couples. This legislation would dramatically increase the risk of litigation designed to put those faith-based organizations out of business,” Toomey said.

Ryan Anderson, a Catholic and president of the Ethics and Public Policy Center, said in a statement that the bill “pays lip service to religious liberty and conscience rights, but it does not offer any meaningful protections for those rights.”

“It enshrines a false definition of marriage in our law and then tells people they can have their day in court if and when they get sued. That’s not public policy for the common good,” Anderson asserted.